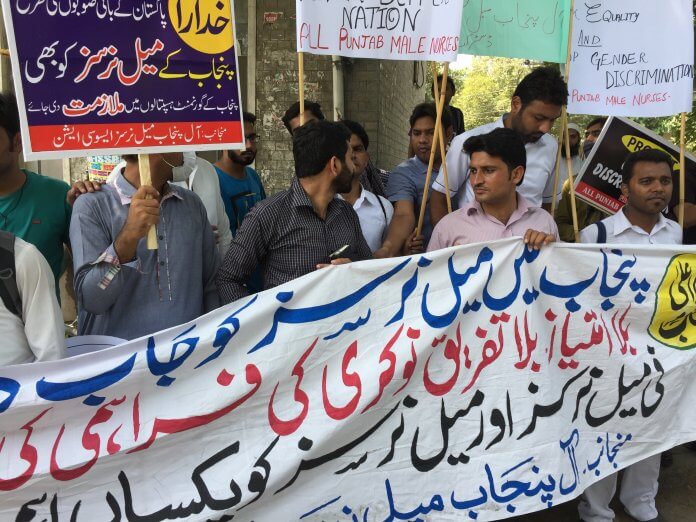 Male Nurses of Punjab are Protesting

Male nurses of Punjab are protesting in front of Lahore Press Club against male-disparity in government jobs. The story behind this matter is that government has announced more than 12,000 thousand seats for nurses through Punjab Public Service Commission. But the job’s title “ only for females” hurt and disappointed thousands of male-nurses in Punjab. Recently the government has announced 4753 seats for nurses in Punjab with the same job title. Due to this tragedy, most of the male-nurses are unemployed or constrained to work in private institutes at very low salaries.

They have earned their diploma and degrees after spending 3-5 years and several lacs, but now are the victim of gender-inequality. They have also requested many times to the government and Pakistan Nursing Council for their recruitment but no use. Today they are on roads, saying “No to Inequality” and want a satisfactory answer by Government of Punjab and Pakistan Nursing Council. 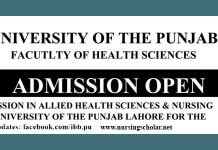 This site uses Akismet to reduce spam. Learn how your comment data is processed.

Admissions Open for General Nursing and Midwifery in Punjab 2017-2020

Scope of BS Nursing | Salaries and Job Opportunities in Pakistan

Bachelor of Science in Nursing (BSN) Muzamil Mukhtar - December 11, 2016
15
Scope of BS Nursing in Pakistan Generic Nursing and Post RN BSN degree programs are offered by many institutions in Pakistan. This is the most...
© @All Right Reserved to Nursing Scholar